After I got Married, my Ex said he did not know I was Ready to get Married- Anita Joseph Reveals.

Nollywood veteran actress, Anita Joseph, has taken to social media to talk about her marriage with her husband, Michael Olagunju Fisayo, and how her former partner reacted to such marriage. 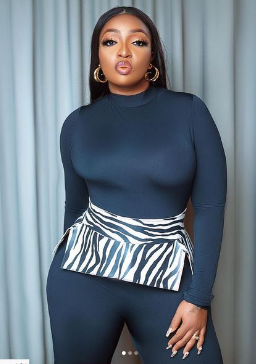 The businesswoman who spoke about such issues through her official Instagram page, stated that a good woman will always remain a good woman, and that is why any man she had been in a relationship with wants her back.

Anita Joseph went ahead to state that the former boyfriends of such woman will always want to come back to their relationships, adding that;

“After I got married, one of my ex said OMG, he took you away but I didn’t know you were ready to get married”. Recall that Anita Joseph had few days ago, revealed that she is not interested in this year’s Big Brother Naija reality show because of the forthcoming general elections. According to the mother of one, Nigerians will suffer for another 8 years if they do not vote the right presidential candidate this time around.

Content created and supplied by: Goodnewschi (via Opera News )

‘I can’t marry any actress the trust won’t be there, we all know ourselves’ – Filmmaker Kelvin Chizzy