According to reports online, the reality star has been battling mental health for some days now. 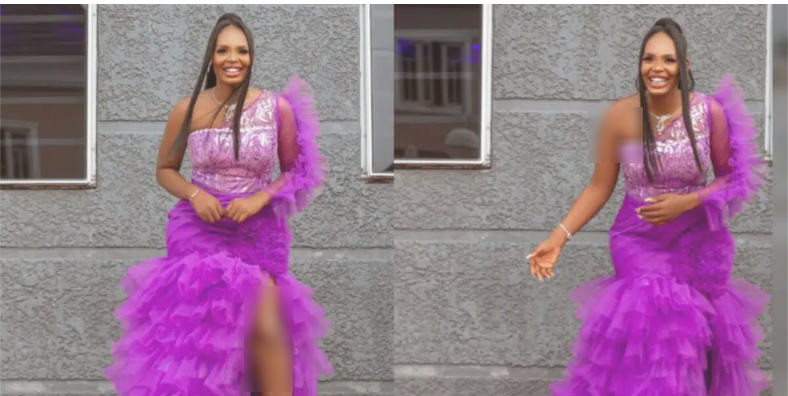 Gistlovers reported that her sister, has been the only one catering for her.

According to the blog, Kaisha was spotted at her estate in Ikota, Lekki roaming about without a shoe and a rough hair.

The site further claimed that the 2020 reality star has been seen on multiple times passing out in the estate.

The blog added that many of her co-housemates are aware of her mental battle but chose to look away.

“Hello tueh tueh, this is for all BBNaija Alumni, one of you guys is mentally down and her situation is so critical now. She has mental illness and not well taken care of. Instead of the manager to seek help she took down all her pictures from her verified page and left it empty. As it now even her business page can’t function again as it is only the sister that is taking care of her.

As at yesterday she was still seen in her estate, Ikota Lekki roaming about without a shoe and hair so rough. I guess the sister who is taking care of her stepped out to get something hence she was able to come out. Infact she passes out sometimes in the estate and the sister has been managing her. Some of this BBN people know but chose to look away. Let’s all not be too quick to type RIP. Now that she is still here, this is a call for help! Alumni una know who I dey talk Ikota, Lekki she dey live”.

Just months back, Kaisha had opened up on the difficulty in keeping up with fame and celebrity status.

In a post shared on the microblogging platform, the reality TV star lamented on the challenge that comes with fame as she requests her old life.

According to Kaish Umara, not all that glitters is gold.

She tweeted: “I need my old life back!!, not all that glitters is gold”.

It seems this was a cry for help back then, but everyone ignored her.