Black Sherif Releases Off The Top Visuals For ‘Kwaku The Traveller’

Budding Ghanaian rapper and singer, Black Sherif is in the news and topping trends today after releasing the much-anticipated visuals to his hit song, ‘Kwaku The Traveller’. 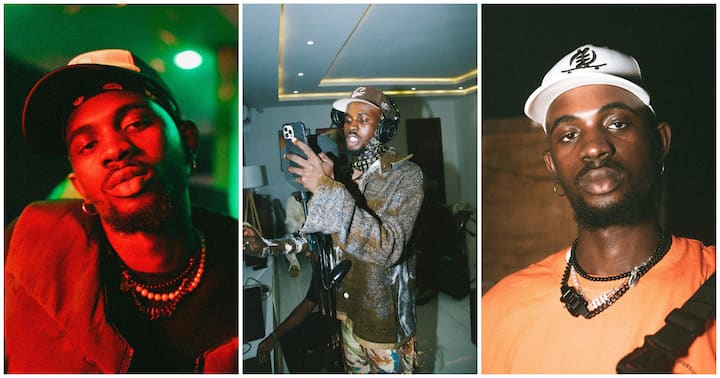 The captivating visuals were released on May 19, 2022, and it vividly portrays various phases in the young artiste’s musical journey in various scenes.

The video was directed and produced by renowned Ghanaian filmmaker, David Nicolsey.

Black Sherif’s Kwaku The Traveller Charts No.1 In 8 Music Platforms in Nigeria, 2 Worldwide

Black Sherif has gained massive prominence in faraway Nigeria with his latest project.

The First Sermon hitmaker made waves in Ghana with the release of his Kwaku The Traveller song which is currently trending everywhere which is topping many charts.

The young musician’s song crossed over to Nigeria and is doing marvellously well after Ghana’s ‘arch-rivals’ accepted it wholeheartedly and decided to make it trend.

In recent reports coming in from Nigeria, Black Sherif’s instant hit song has topped eight out of ten music charts based on the streaming platform.

Black Sherif’s new song was No.1 on music platforms in Nigeria including Apple Music, YouTube, Deezer, Boomplay, Shazam, Spotify, Audiomack and one other platform

This is believed to have been put together by turntablecharts.com. As if that was not enough, the 20-year-old musician’s song made appearances on 2 other worldwide platforms. Kwaku The Traveller came in at No.5 in the US afrobeats song of the week chart and also took the 12th spot in Top Trailer Songs Global.

Ghanaian Teenager Has Triplets With Her Teenage Baby Daddy; Gifted By Benevolent NGO