Boston Celtics have suspended its Nigerian-American head coach Ime Udoka for the entire 2022-2023 season after his affair with a female member of the team’s staff was exposed. 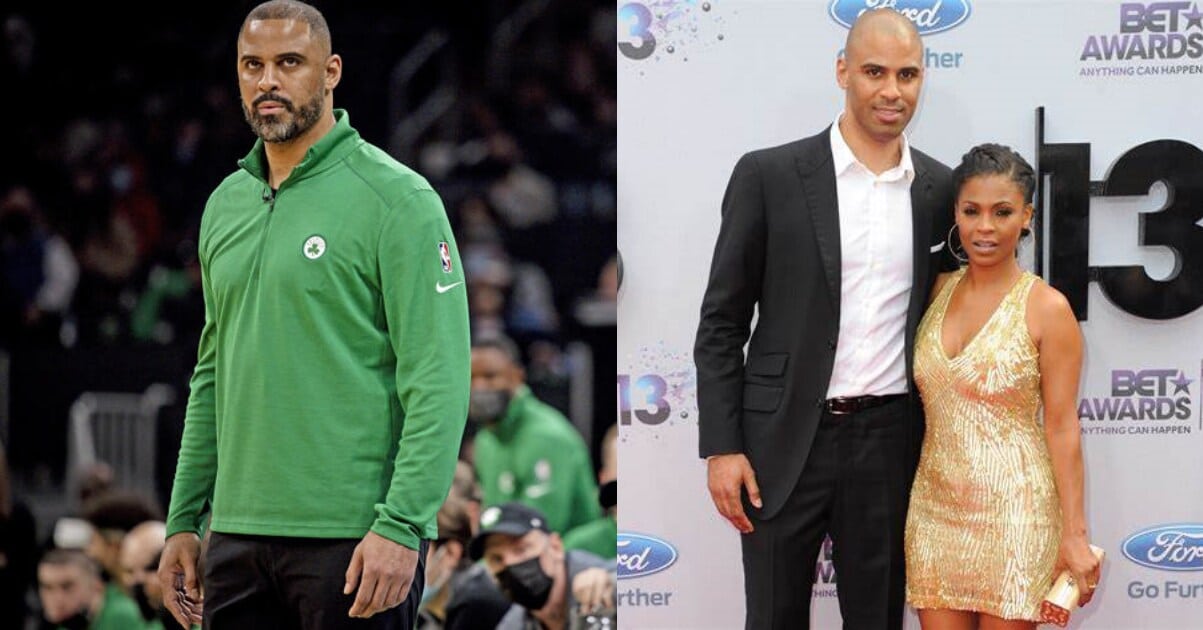 His affair was reported as an improper and consensual relationship that violated the franchise’s code of conduct.

45-year-old Ime Udoka has been in a relationship with actress Nia Long since 2010, and they share a son.

The scandal has already stirred heated reactions, with Nia Long’s fans upset that Udoka could cheat on the actress revered by many. 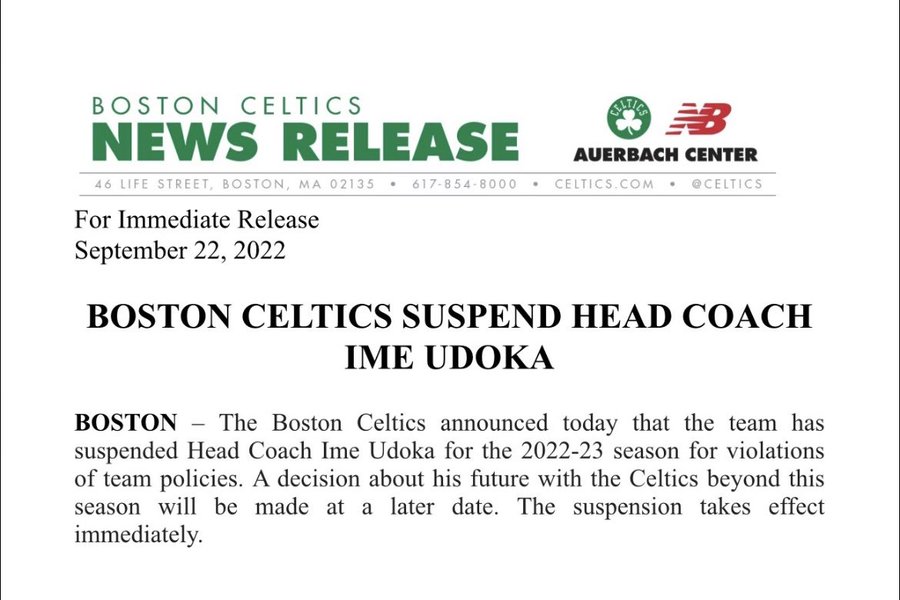 Shortly after news of his suspension was reported, Udoka released a statement apologizing to his family and the team.

He also said he accepts the team’s decision. The statement read;

“I want to apologize to our players, fans, the entire Celtics organization, and my family for letting them down.

“I am sorry for putting the team in this difficult situation, and I accept the team’s decision.

“Out of respect for everyone involved, I will have no further comment.” 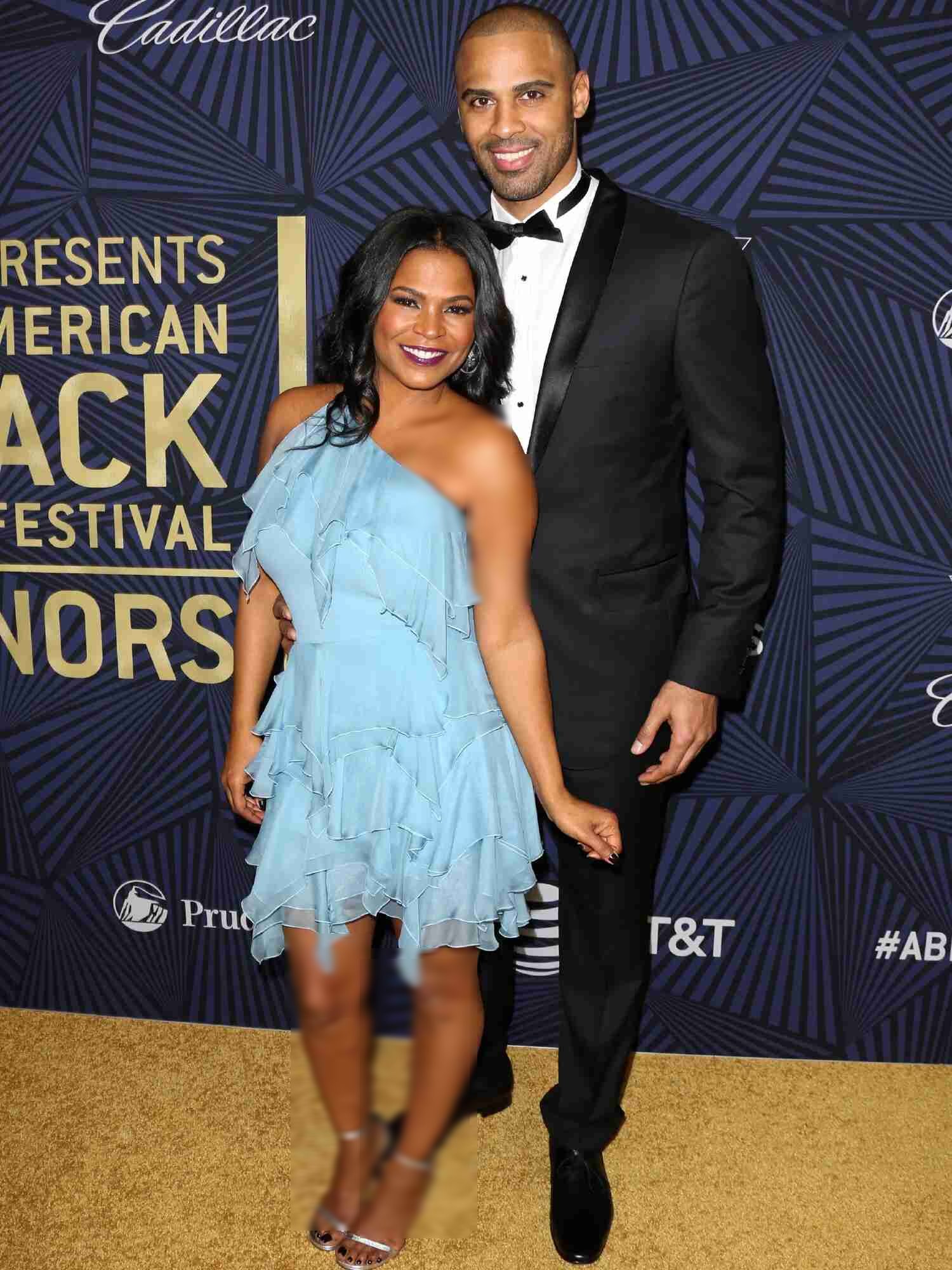 ESPN reported that Celtics assistant Joe Mazzulla would be in serious consideration to become the interim coach.

Udoka was named the Celtics’ head coach in June 2021.

He is a former professional basketball player who has had a successful second career as a coach in the NBA.

He spent seven years with head coach Gregg Popovich at the San Antonio Spurs, with the team winning a championship in 2014.

After leaving the team in 2019, Udoka served as an assistant coach for the Philadelphia 76ers and Brooklyn Nets. 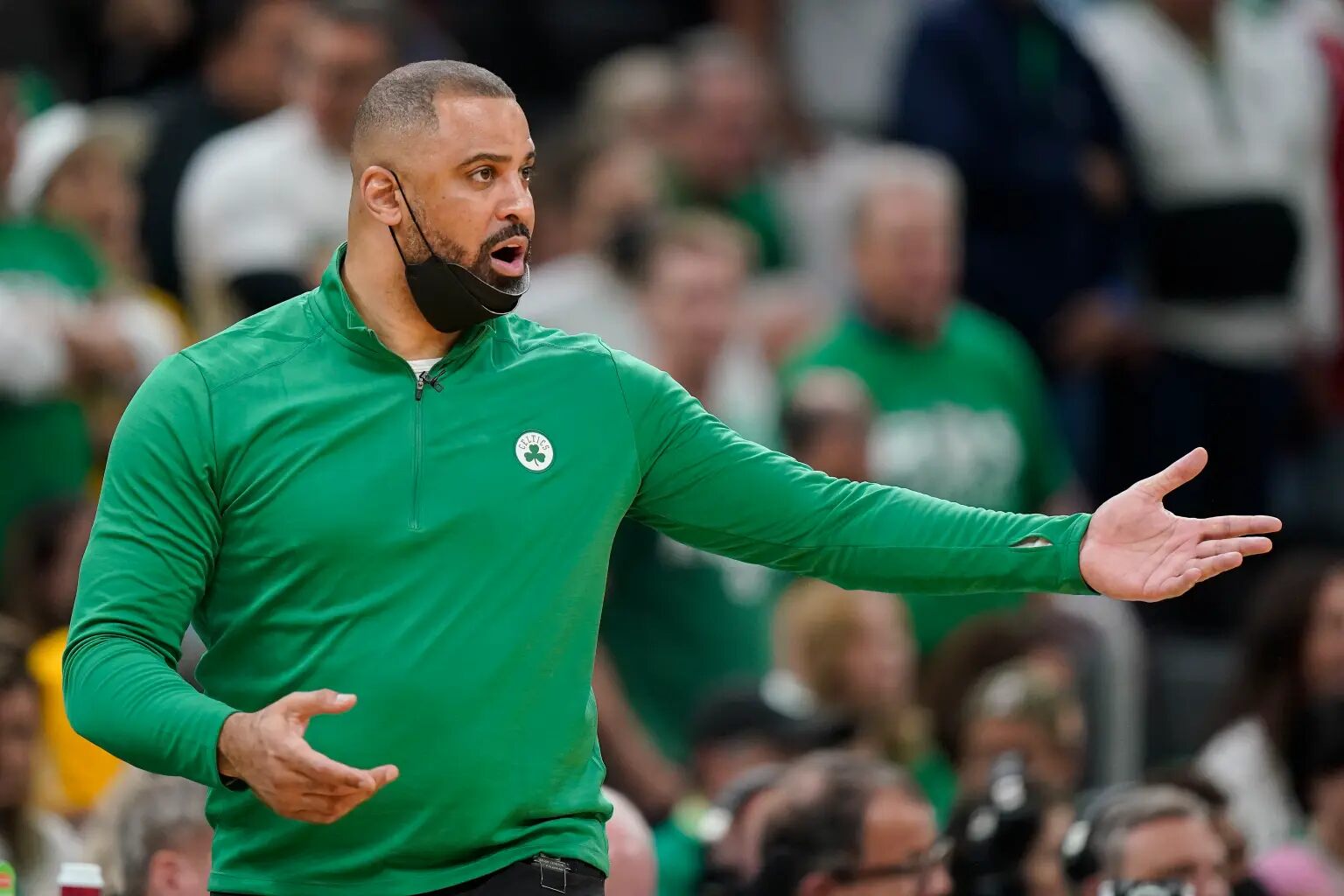 He joined the Celtics in 2021 as a head coach and led the team to the 2022 NBA Finals in his first year at the helm.

They however lost to the Golden State Warriors. This was set to be his second season with the franchise.