Nollywood actress, Uche Ogbodo has taken a swipe at singer, Wizkid for dissing the rap industry.

Kemi Filani news reported that the award-winning singer had declared rap music as dead and boring. 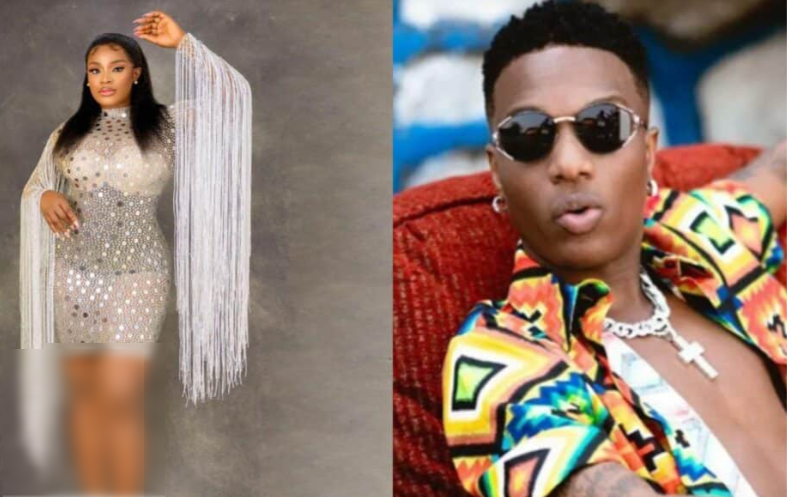 Reacting, Uche questioned how Wizkid would say such about his people.

She further questioned the native doctor who enchanted Nigerians to spite each other.

Uche noted how his statement was insensitive and selfish.

“Wizkid was wrong! Too wrong! How could you say such about your people! Who do us this thing sef? Which Babalaolwo mix this juju wey say Nigerians must hate fellow Nigerians! No loyalty to your people! To your country! Only selfishness everywhere! Abeg make all of them getat! This is not nice! All Nigerian rappers y’all are the biggest and the greatest. Abeg!

In a post on her story,she pointed how his rival, Davido, wouldn’t make such statement.

“David would never do this! Lai Lai”.

Recall that Wizkid had stirred the internet with his opinion on rap music in Nigeria.

In a recent interview, the award-winning singer declared the genre of music dead and boring.

The father of four said that he doesn’t listen to rap music because it’s “dead and boring”.

He added that rappers always follow the same method and rap on the same beats and the same flow.

Wizkid made this known during an interview with 10 magazines, he said,

“Afrobeats is the new pop. I said two million copies in America off of one song! Even some American artists don’t have a diamond record. If I’m being honest. I don’t listen to any other genre of music anymore.

I don’t listen to rap – that shit is boring to me. It’s dead now, it’s tired. These guys do the same shit, rap on the same beats and the same flows”.

His comment on the rap industry, didn’t sit well with many as they dragged him for it”.

Rapper, Oladips and a few Nigerian music lovers got disappointed and criticized him for uttering such remarks.

While freestyling to the beat of American rapper, Kanye West’s ‘Good Morning’, Oladips dragged the Afrobeats superstar for uttering disappointing remarks about rappers whereas, he failed to contribute to the growth of fellow Nigerian rappers.

He also bragged about his rap talent and also referenced Starboy record signee,Terri by describing his musical career growth as being stunted.

Veteran rapper, MI Abaga also countered Wizkid‘s comments about rap music and went ahead to list names of Nigerian rap singers such as Vector, A.Q, Falz, Ladipoe, Blaqbonez, Ice Prince, Ajebo Hustlers and other singers who are currently the rave of the moment while also noting that the genre is on ‘the rise.’

He added, “The energy around HIP-HOP right now feels right.. I know most rappers are still not the most popular yet.. but right now is the time for us to focus on the craft.. just keep getting better.. this year we did so well as a genre and next year we grow!!!!”