Big Brother Naija Level Up finalist, Chichi has explained why she rejected flying economy class with her colleagues.

Kemi Filani news reported that Level Up housemates are currently on a trip to South Africa. 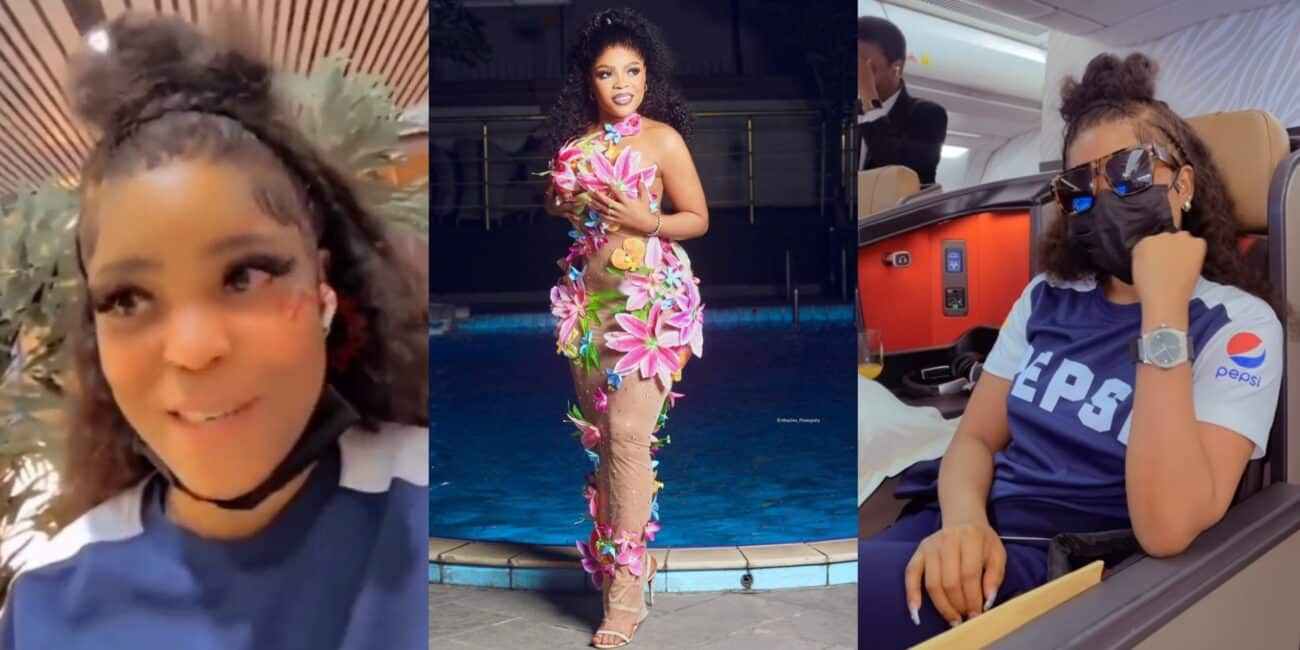 The trip which was sponsored by Pepsi, had all housemates on Economy except for Beauty and Chichi.

Explaining why she didn’t fly economy class with the rest, ChiChi stated that she isn’t used to it.

According to her, this isn’t about her being proud or anything, but she doesn’t fly economy.

This isn’t surprising for fans and lovers of Chichi, as she earlier revealed that she doesn’t charge less than 20m for brand endorsement.

The ex-level up housemate, had left tongues wagging after she announced what she charges for influencing.

News hit socials that the reality Tv star had rolled out her charges and terms for partnership with brands.

As stated in the memo, BBNaija Chichi revealed that she will be charging N20 million for a 1-year brand-influencing contract, while N12 million will be charged for 6 months.

In her words: “Chichi of BBNaiaj is charging 20 million Naira for 1 year influencing??? God Abeg oooo”.

Chichi cries out over the pain of being became a celebrity

Just few months after gaining fame, ChiChi lamented over the cost of being a celebrity.

The reality star who shocked Nigerians after she made it to the final had cried out over her inability to go to the store and do some personal shopping for herself because of her new status as a reality star.

Lamenting, Chichi asked her fans if they will be willing to swap bodies with her.

‘I miss being able to go into the store or market and personally shop for myself. Who wants to swap bodies with me for a day ?’ she wrote.

Peggy Ovire’s older sisters who have stayed married for over 30 years, seal her marriage to Fredrick Leonard