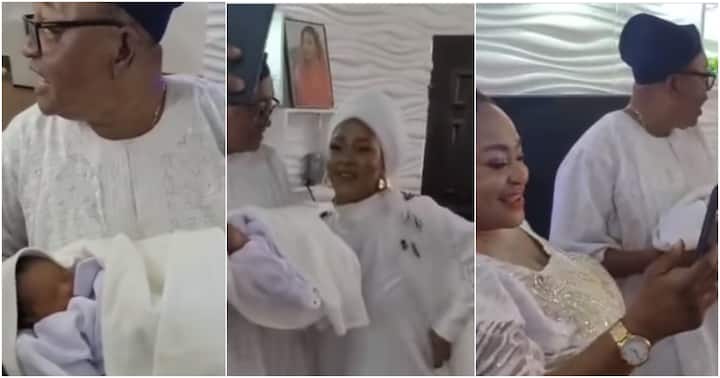 The proud grandfather shared a video of himself singing and dancing with his daughter’s new baby.

The new mother, Bidemi Kosoko was also spotted in the video greeting guests during the lowkey naming ceremony held in their living room.

Nollywood stars like Afeez Owo, Foluke Daramola were also spotted at the event as they all watched Jide in great joy while he sand for his granddaughter.

Social media users have reacted differently to Jide Kosoko’s dancing and singing video during his granddaughter’s naming ceremony, most of them congratulated the family on the newest addition.

some of the comments, read below:

Man goes on street, gives bundles of N500 notes to strangers & dances with them