An oil magnate named Paul Williams took his little son who bears the same name to work in 2004 and a photo was taken then to preserve the memory. 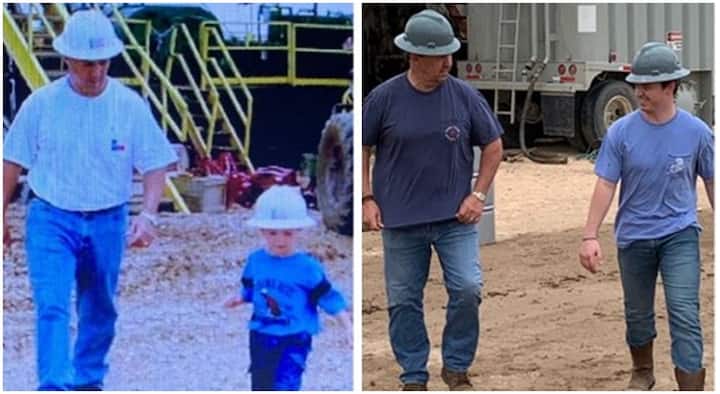 Today, 18 years after the epic photo was taken, it has been shared as a throwback and it has inspired many people on LinkedIn.

The epic throwback was also shared with another photo of the grown junior Paul Willians who now works in the same company as his dad.

The senior Paul Williams is the chairman and CEO of Stallion Oil Corporation, USA, and his son is the controller/analyst at the company.

“The photo says it all, as a hero you are his father.”

“A legacy unbeatable…a big congratulations to you sir.”

“Train up a child in the way he should go and when he is old, he will not depart from it! Congratulation.”

“I definitely regret not taking more photos like this over the years. That definitely does mirrors Nik and myself! This is a fantastic post!”

“This is best legacy Many of us can emulate. I celebrate you Paul Williams.”