Peggy Ovire’s older sisters who have stayed married for over 30 years, seal her marriage to Fredrick Leonard

Newlywed celebrity couple, Peggy Ovire and Leonard Fredrick are still basking in the euphoria of their successful wedding. 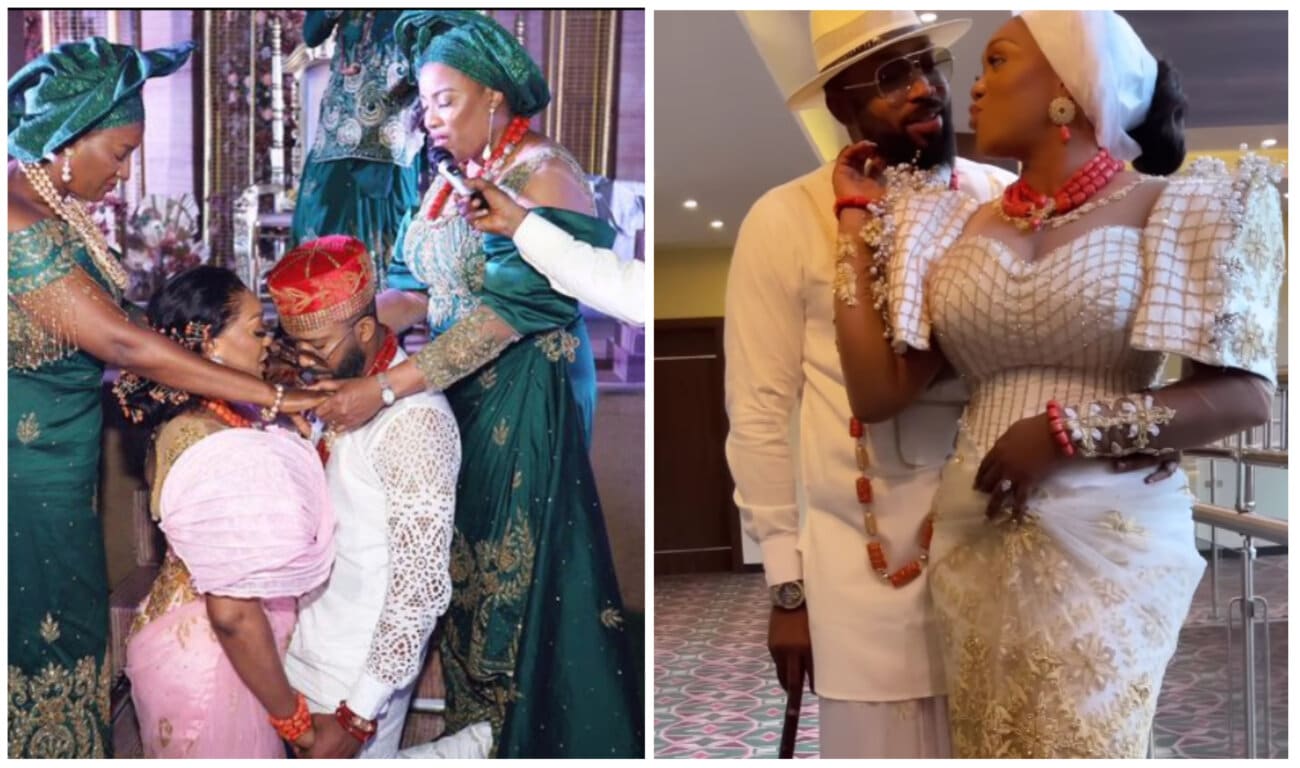 Sharing another moment from the occasion on Instagram a while ago, Peggy Ovire disclosed how her marriage with her colleague, Fredrick Leonard, was sealed by her elder sisters who have been married for over 30 years now.

According to Peggy, she grew up in a home that puts God first in everything and she is sure that her marriage is covered by God’s guidance and protection.

“This right here was the Highlight of the Night for me, I was Raised in a family that puts God First in Everything & Grew up seeing my 2 big sisters Love God Fervently. The eldest, (left ) has been Married for 30yrs & my other sister Gifty (right )Married for 21yrs & still Counting……. I don’t know how they do it but having them Cover us under God’s guidance, and protection and Me following in their footsteps is a Blessing I’ll Never forget” Peggy captioned the photo.

At the occasion, Peggy Ovire advised her gender to stick with their broke boyfriends.

Peggy, used herself as an example, as she noted how she is enjoying after sticking with Frederick Leonard during his broke days.

She noted how many have been praising her for getting married to Frederick, not knowing that she had stood by him in his lowest days.

Peggy revealed that Frederick promised to spoil her and he has been keeping true to his words.

The wife of Frederick stated that she believed in her husband’s future and supported him until things went well.

“When I see on the internet people say ‘Peggy you are lucky, but they don’t know what I have been through. I have stood by this man.

I have met a man who said Peggy I would take care of you be patient, he promised to spoil me and Frederick has been spoiling me.

I hope this goes to the internet, every girl should be patient. I have been patient”.

She also said, “When I met Frederick, he had a girlfriend, but then I looked at his future,I said that ‘This guy is going to make it’. And till tomorrow, Frederick asks me how did you know that I would get here? So to every young lady out there, if you have a guy that you like and he does not have money, please stay.

Pray for him, listen to him, encourage him. That is what I have done to him”.

Aisha Buhari rushed to hospital after a sudden fall