Chinos Ukah is a female Nigerian comedian who is also known as Ada Jesus or Nons Miraj. Apart from sharing videos of herself dressed as an old woman in her skits, she also enjoys uploading pictures of herself rocking nice outfits. Recently, she posted some photos of herself which generated reactions from other celebrities, her fans, and her followers. 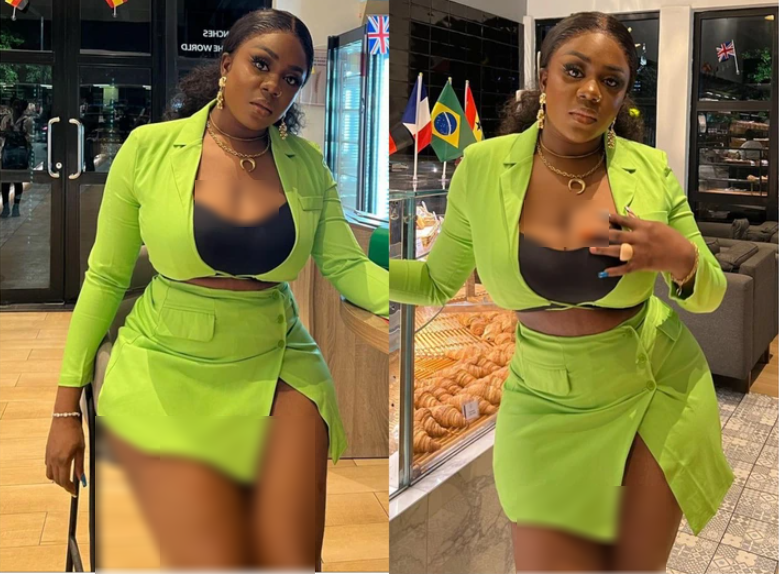 The 27-year-old wore a green crop top blazer in the photos she posted on Instagram, she also wore a green mini skirt which had a slit around one of the thigh regions.  Her hairstyle looked smooth and nice, and her minimal makeup augmented her beauty. Below is a photo of Ada Jesus showing off her green outfit.

Some celebrities like Iheme Nancy and Destiny Etiko commented on the photos Ada Jesus posted, her fans and followers were also impressed by her pictures, they commented that she looked beautiful. Below are the screenshots of some reactions from Instagram. Content created and supplied by: JustBelladonna (via Opera News )

Malema Is Rich, See Photos Of His House that will leave You Stunned

“South Africans are Gatvol” – Herman Mashaba Responds To The Video…

Revealed: Here Is Why Duduzane Zuma And His Wife Are Divorcing