“She ignored me”: Kate Henshaw on fan whose photo request was initially refused

I Went to Call Her and She Ignored Me: Kate Henshaw Recounts Experience With Woman Who Wanted Photo at Event, Nollywood actress Kate Henshaw has gotten social media users talking after sharing a brief narration of her encounter at a recent wedding party she attended. 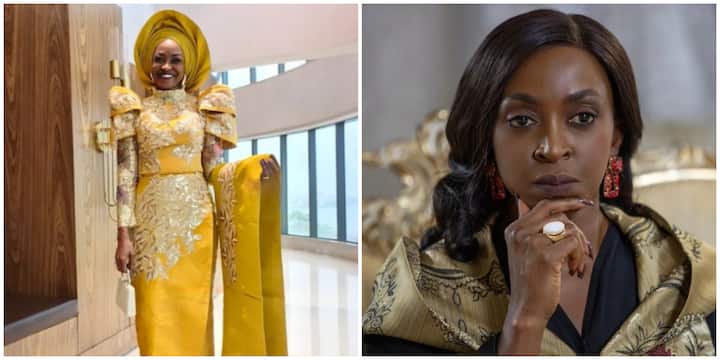 According to the movie veteran, upon her arrival at the wedding party, a female fan approached her to take pictures.

Henshaw, however, said she asked the woman to give her a few minutes to gather herself since she only just arrived at the party.

The actress’ response didn’t go down well with the fan who turned and left in annoyance.

“I just enter wedding, I never even sit down arrange myself, this woman comes beside me that she wants picture, I said give me a few mins to gather myself, e vex comot, Henshaw tweeted.

In a show of good faith, Henshaw said she went back to the woman and asked her to come for the pictures she wanted.

However, the movie star said the woman completely ignored her.

Pple can be so so rude & entitled
Shuo, I just enter wedding, I never even sit down arrange myself, this woman comes beside me that she wants picture, I said give me a few mins to gather myself, e vex comot
I went to call her & she ignored me
If na me do this thing
I dey wait am

“I can’t forget the pain I felt when I met you for a pic in 2017 at swissgolden event in Lagos. I almost cried and walked in shame how you rudely turned me down that you are working while you were sitting down. My friends had to cheer me up before I got my groove back that night.”

“Not holden brief for anyway but I think she wanted that first acceptance from you. But as you react to her request she vex comot thinking you dey Buga. Maybe you for fake smile give her and allow her take her photo and free you..”

“Sometimes, fans don’t reason the way you do, the excitement of seeing their fav is big to them.. If the person now happen to be a member of the church the wedding take place, dem no dey send celebrities…”

“You just should have just pose for it, even if it’s just one picture, some fans could be quick to vex though.”

“Your explanation is convincing maybe your actions speak differently to the person, it takes someone who is really hurt to ignore an A list celebrity who says oya let’s take a picture…. you have good intentions but guess your actions might have sent a wrong message.”