The Africa Magic Viewers’ Choice Awards (AMVCA) recently had its eighth edition on Saturday night, May 14 and social media users have been buzzing with reactions. 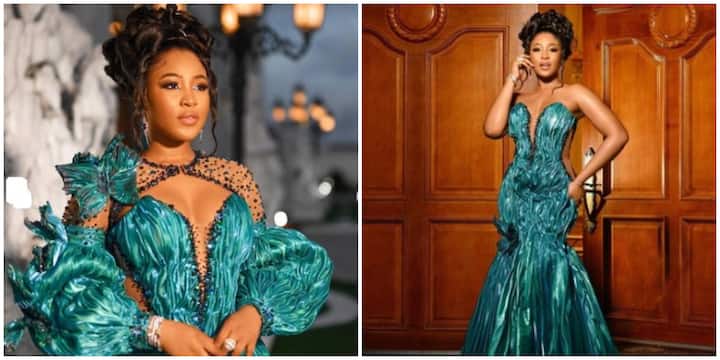 One of such people who got people talking was Erics Nlewedim.

The Big Brother Naija reality TV star/Nollywood actress, stepped out for the event in a breath-taking number that turn heads and left her fans in awe.

The sea-gree mermaid dress with a dramatic dress featured a sweetheart neckline and some stylish sleeves was designed by Patrycja Kujawa, a Turkish designer.

Amidst the buzz her look created, a Twitter user identified as Scorp took to the platform to share a claim about the cost of the dress.

According to Scorp, a reliable source informed her that the dress costs $794,000 which is approximately N329 million.

While this remains unconfirmed, Erica did have her dress made by a high profile designer.

Kujawa was responsible for the 365 Days character, Laura’s wedding dress in the sequel