“You always make me feel like a princess” Regina Daniels expresses gratitude to husband, Ned Nwoko 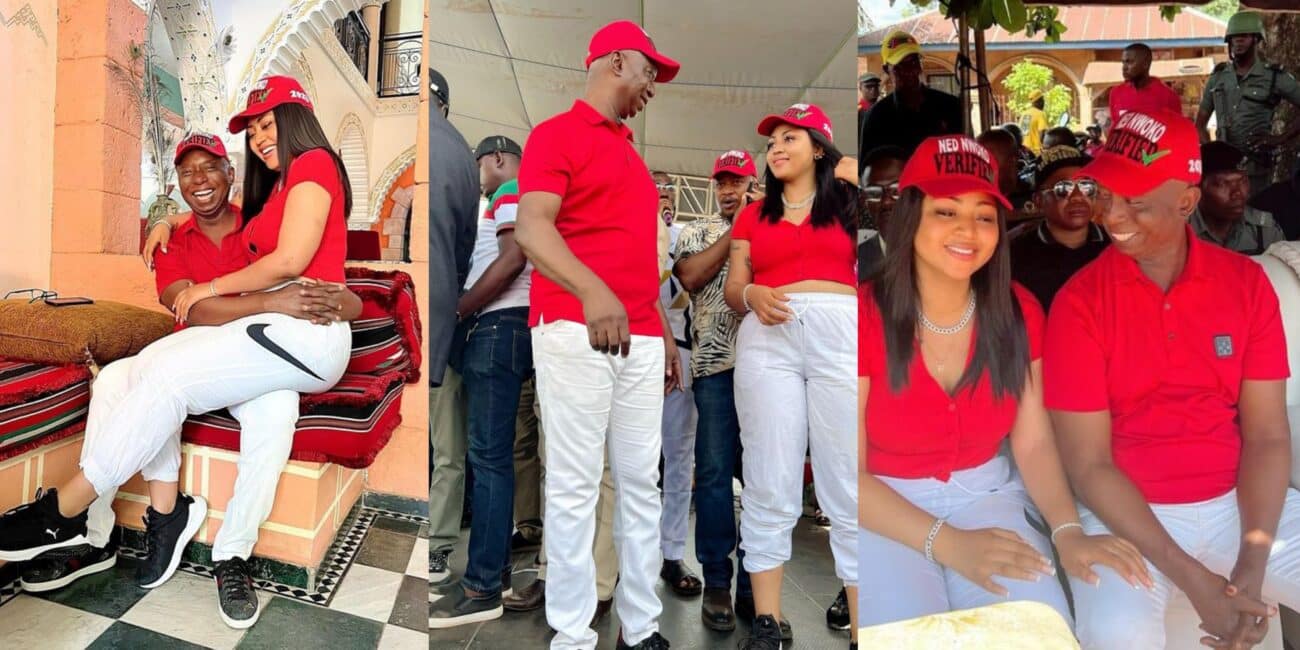 Nollywood actress, Regina Daniels has expressed gratitude to her politician husband, Ned Nwoko for treating her like a princess.

Sharing several loved-up photos of them, Regina appreciated him for always making her feel like a princess.

She admitted, that despite being his wife, she admires him, his ways and sense of humor.

Regina stated that she wants him to know how awesome and amazing he is.

“I just want to let you know how awesome you are. Despite being your wife, I admire you, your ways, and your sense of humor. Thank you for being very amazing and always making me feel like a princess @princenednwoko”.

Since her marriage to Ned, Regina has been living a princess life.

Last month, Regina Daniels had been left speechless after her husband, Ned Nwoko surprised her with a N10million credit alert.

The actress and mother of two has been joining her husband in several of his political campaigns since he announced his political ambition.

Taking to her Instagram story, Regina Daniels revealed that Ned credited her with N10 million for being supportive.

According to her, she had accompanied him to his campaign which had left her hungry and tired.

Ever the romantic husband, he credited her account to ease her stress and tiredness.

“Whilst going from ward fo ward, campaigning hungry and tired, I receive this alert from hubby, my tiredness disappeared even with this hot sun…thank you baby”.

To add to it, Regina revealed that she doesn’t cook.

She shared a video on her Instagram story of her and her husband, Ned Nwoko on their way out.

The private couple, who rarely speak about their personal life, surprised many when they disclosed one of their marital secrets.

In response, the movie star stated that his new look is an evidence of good living.

Giving her credits, Ned stated that she was the one who cooks for him.

Regina Daniels laughed off his statement as she revealed that she doesn’t cook for her husband.

According to her, people do not even know that she doesn’t enter the kitchen.

Concurring with her, Ned stated that Regina doesn’t cook for him, but she enters the kitchen to cook for herself.