A young Nigerian man bought a Mercedes Benz G-Wagon for his girlfriend and presented it to her in a romantic setting. 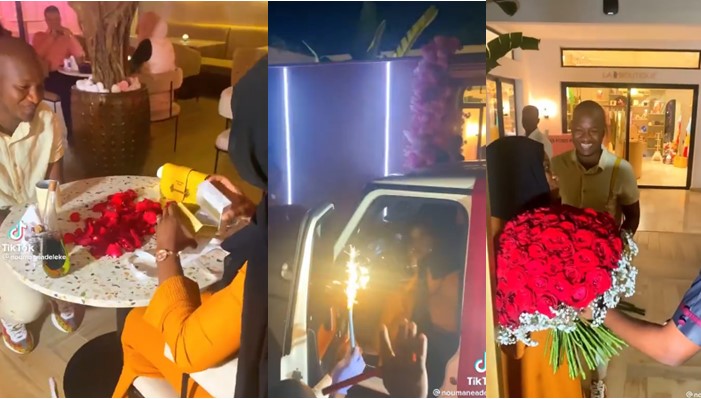 He took his woman on a date which was where he surprised her with the hint that he got her a new car.

In a video which has gone viral, they were both sitting in a restaurant when he handed her a box containing a folded paper, and after opening it, she saw a picture of the G-Wagon.

She was rendered speechless and just as the lady was still trying to gather herself, the boyfriend took her outside for her to see her new ride.

The man had made arrangements with the establishment for them to give her flowers and a royal treatment with fireworks when the car is being presented to her.

“We had about 1,000 people we didn’t know at our wedding” – Don Moen reveals as he and wife celebrate 49th wedding anniversary